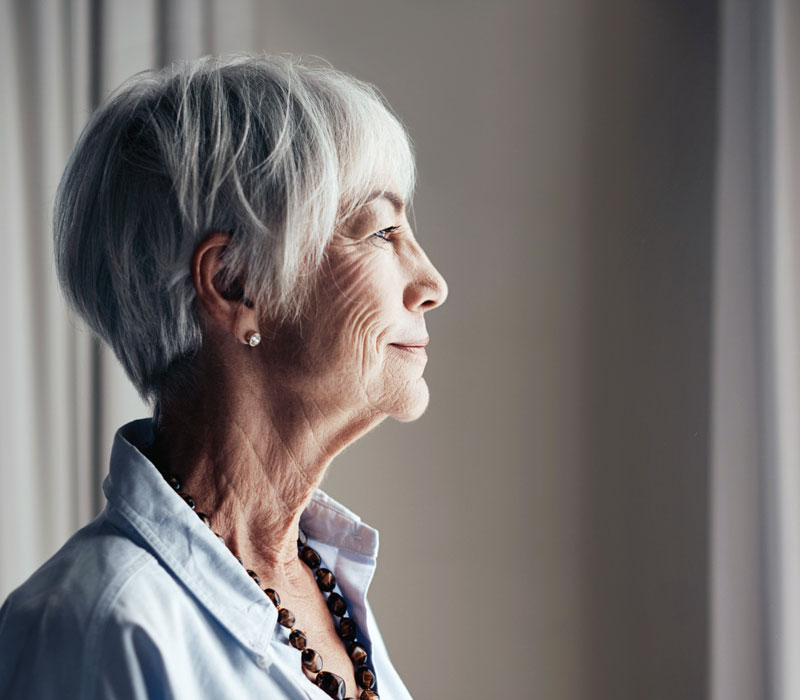 Clinicians have an implicit—if not explicit—obligation to advocate for their patients. However, as health care’s complexity increases, independent advocates can help patients navigate systematic challenges throughout the continuum. Independent advocates follow the patient, not the reimbursement constraints, a chief distinction between us and clinical, facility, or agency case managers. 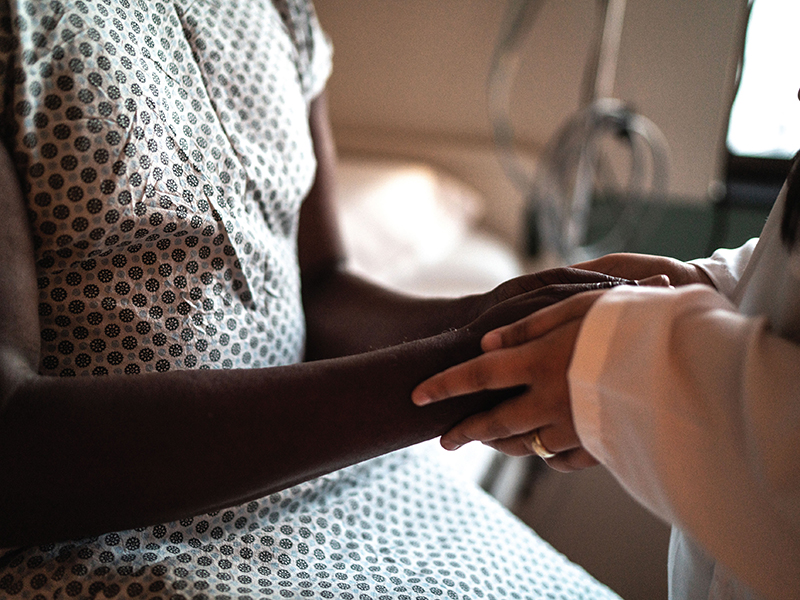 Patients with cancer, especially those from underrepresented groups or who are experiencing racism, inequalities, social determinants of health factors, and other barriers to care, need oncology nurse navigation now more than ever before. Developed as a “strategy to improve outcomes in marginalized populations by eliminating barriers to timely diagnosis and treatment of cancer and other chronic diseases,” navigation has made a difference for patients since its introduction in 1990. 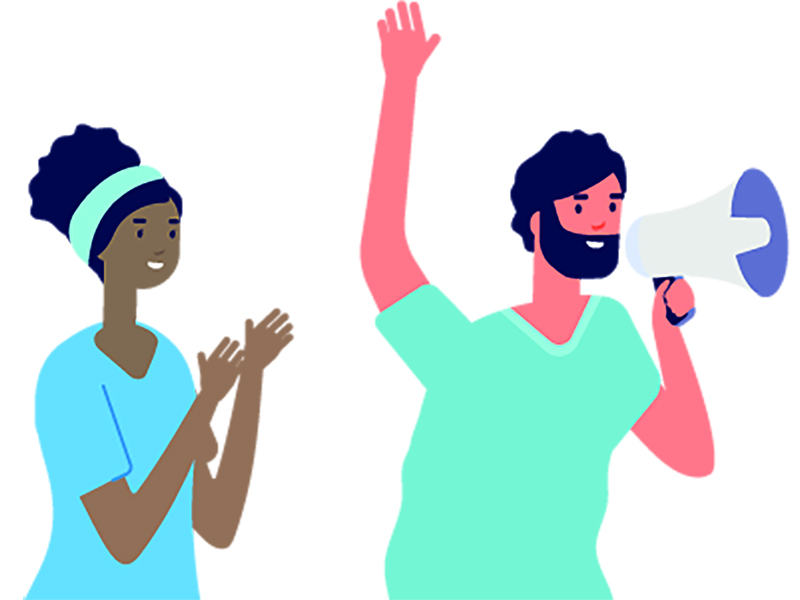 Where there’s cancer, there are oncology nurses. It’s been that way even before 1971, when President Richard Nixon established and signed into law the National Cancer Act to fight the “war on cancer,” which had just become the second leading cause of death in the United States. Born from the act, the National Cancer Institute (NCI) celebrates its 50th anniversary in 2021. As part of the celebration, it named three oncology nurses and ONS members on its champions and changemakers list—Betty Ferrell, PhD, FAAN, FPCN, CHPN, Deborah Watkins Bruner, RN, PhD, FAAN, and Christine Miaskowski, RN, PhD, FAAN—in recognition of their contributions to cancer prevention, early detection, and symptom science. 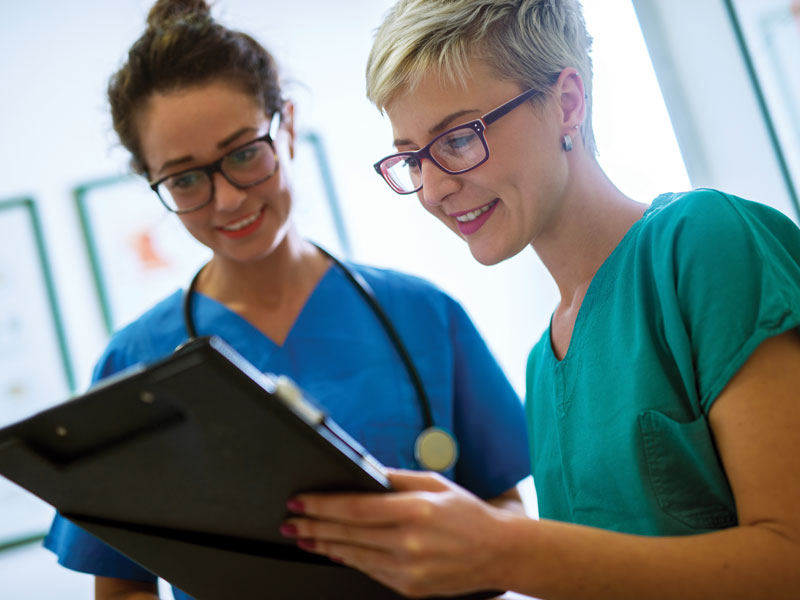 My role as a nurse navigator, for both patients with cancer and in the neuroscience arena, is the culmination of a 40-year career in oncology nursing. I got my start in nurse navigation 11 years ago. At the time I was working in Hoag’s brain tumor program and noticed that those patients had needs that we weren’t meeting. So, I shared my concern with the program directors and today Hoag continues to develop its brain tumor navigator role. 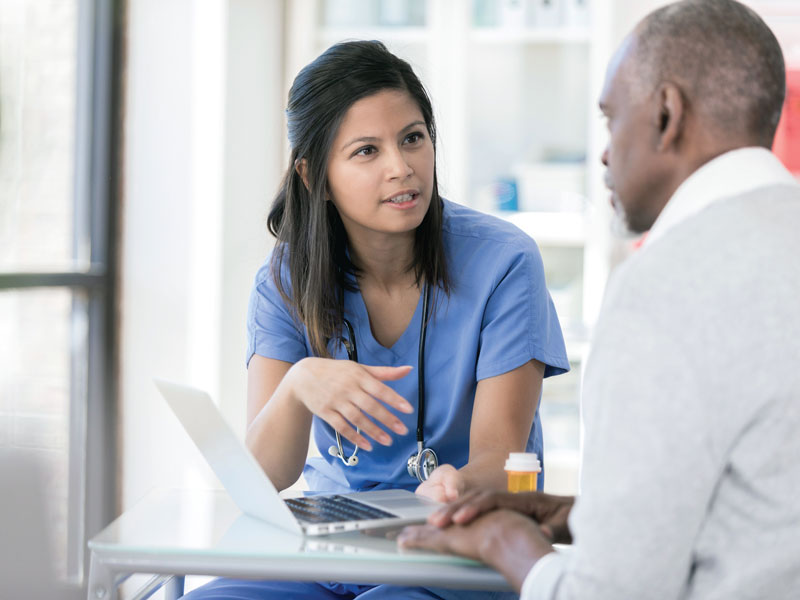 In February 2019, my colleagues and I published a retrospective analysis of patient-reported satisfaction comparing those who had contact with an oncology nurse navigator (ONN) and those who did not. We analyzed surveys from patients with outpatient oncology infusion or radiation oncology visits in a 24-month period. First, we sorted the surveys into two groups—self-reported ONN contact (n = 315) and self-reported no contact with an ONN (n = 172)—and compared satisfaction. 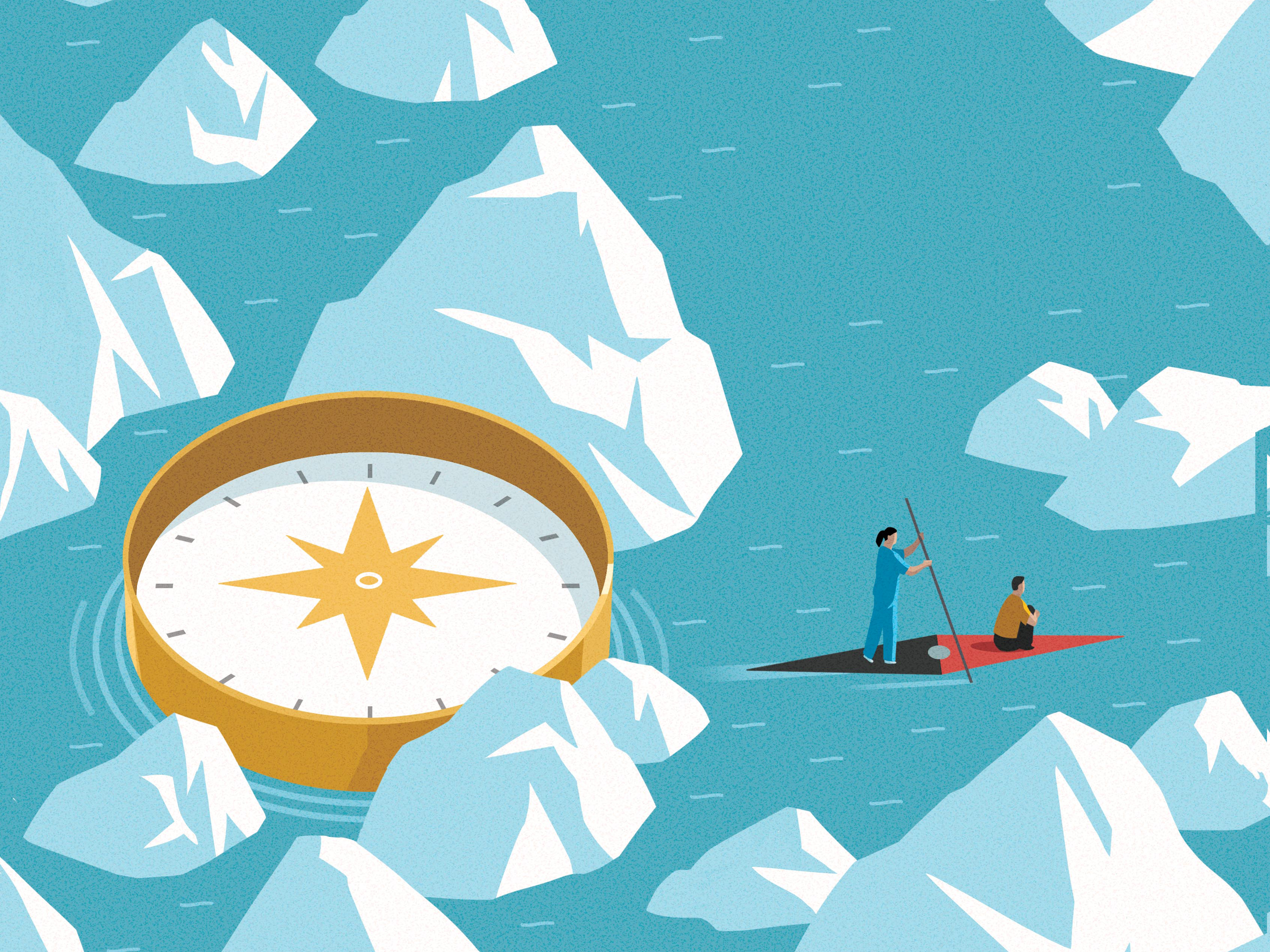 In the 30 years since its inception in 1990, oncology nurse navigation has continually evolved and grown in response to patient and healthcare needs. 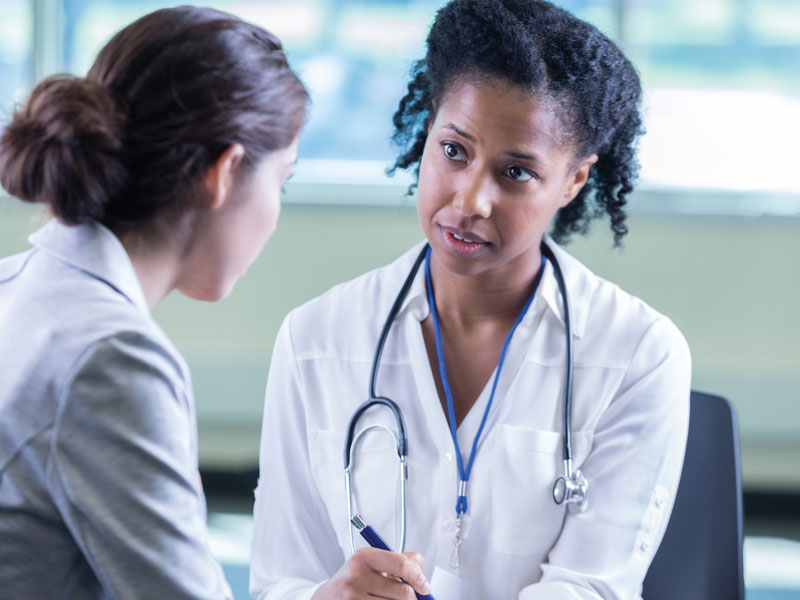 As early detection, treatment modalities, and symptom management advance in oncology care, we are seeing an increase in the number of adult and childhood cancer survivors. Added to the unique challenges of comorbid conditions in an aging population, oncology nurses have a lot to juggle in the spectrum of patient care. The relatively new role of the oncology nurse navigator was developed to enhance care coordination in patients with cancer. 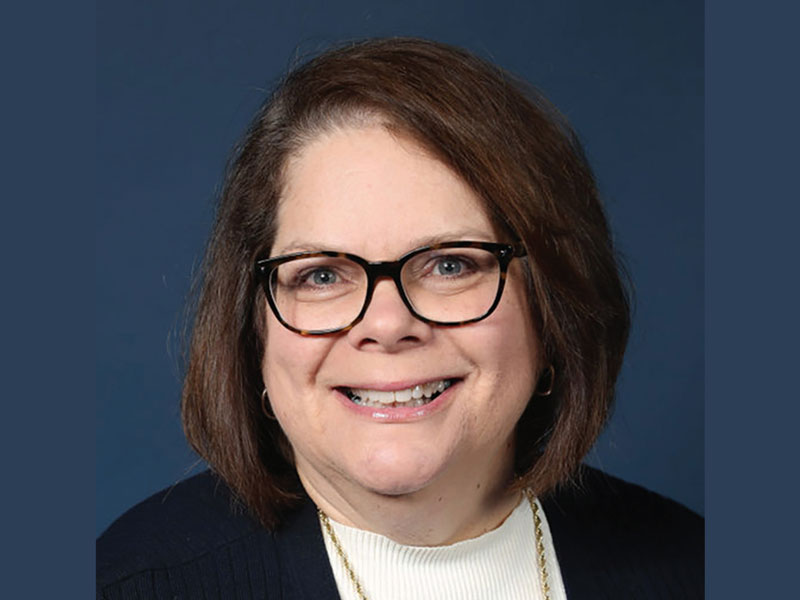 The preliminary outcomes for performance in the first year of the Oncology Care Model (OCM) have shown modest but interesting results for the value-based payment model. Centers for Medicare and Medicaid Services’ year-one evaluation examined the initial impact of the new payment model on practice in terms of outcomes related to total cost of care per practice, unplanned hospital and emergency department visits, hospital visits, and patient-reported satisfaction with care for six-month episodes of chemotherapy for beneficiaries from July 1, 2016–June 30, 2017. 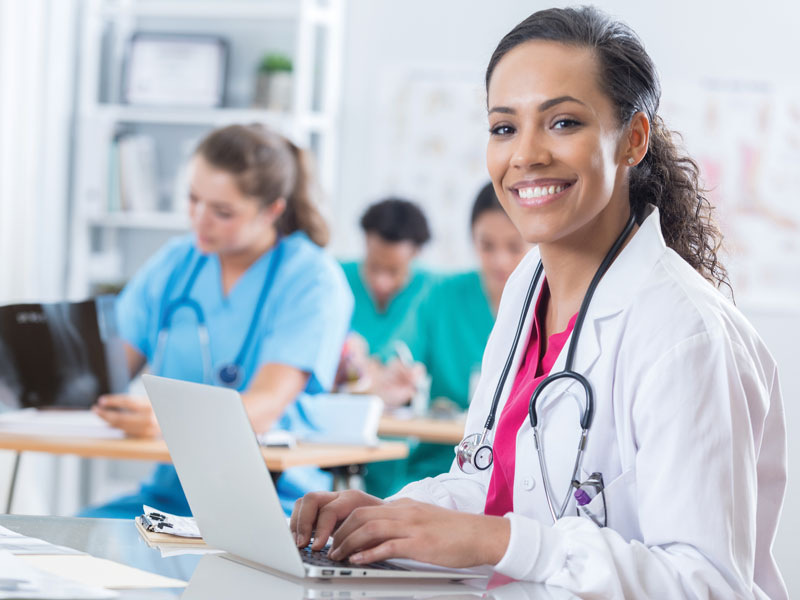 Professional development needs of oncology nurse navigators (ONNs) have not been clearly identified, both for novice and more experienced navigators. Although some work has begun to define training for novice ONNs, most information about education for experienced ONNs comes from evaluation data and anecdotal reports. 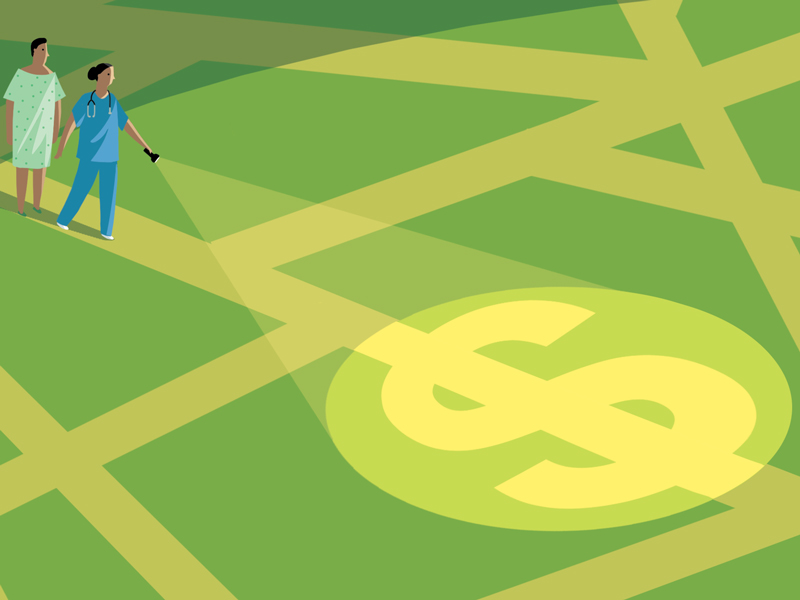 Nurses should initiate financial conversations with patients early and offer resources to improve access to cancer care, speakers at the ONS Center for Advocacy and Health Policy’s third annual policy summit on November 13, 2018, concluded. The event, held at the Hyatt Regency Hotel on Capitol Hill in Washington, DC, brought together nurses and industry and government experts to address the issue of financial toxicity in today’s cancer care. 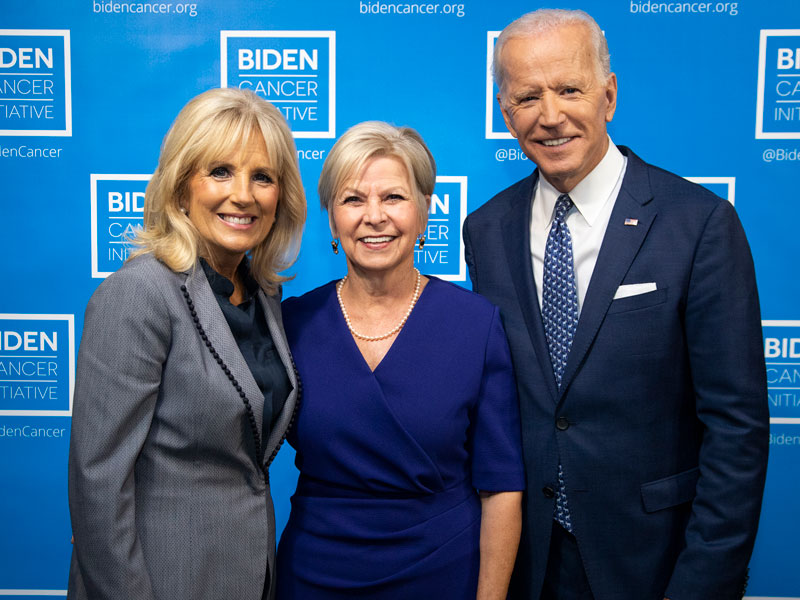 As a continuation of the National Cancer Moonshot legacy, the Biden Cancer Initiative (BCI) announced its inaugural roster of FIERCE Award recipients, naming 10 transformative healthcare professionals and institutions who have driven change and positively impacted the lives of their patients with cancer. For her work as an oncology nurse navigator and her accomplishments in patient navigation, ONS member Cynthia Cantril, RN, OCN®, CBCN®, MPH, was named one of the BCI’s FIERCE Award recipients at the Biden Cancer Summit Welcome Reception in Washington, DC, on September 20, 2018. 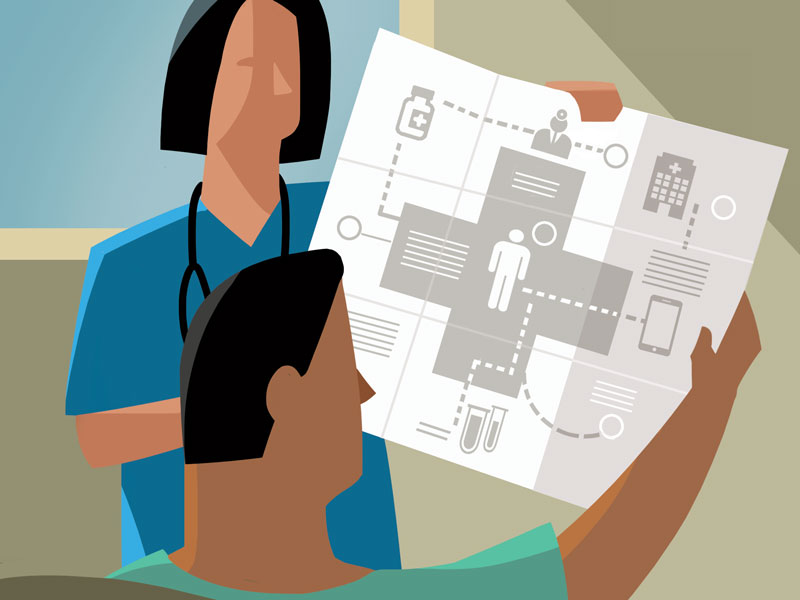 Although care coordination and interdisciplinary collaboration are essential components of every oncology nurse’s role, oncology nurse navigators (ONNs) take that work even farther by helping patients and caregivers navigate a complex healthcare system and access much-needed resources. By ONS’s definition, ONNs are key in meeting patient and caregiver needs while providing evidence-based, cost-effective, and quality cancer care by eliminating barriers to timely care. 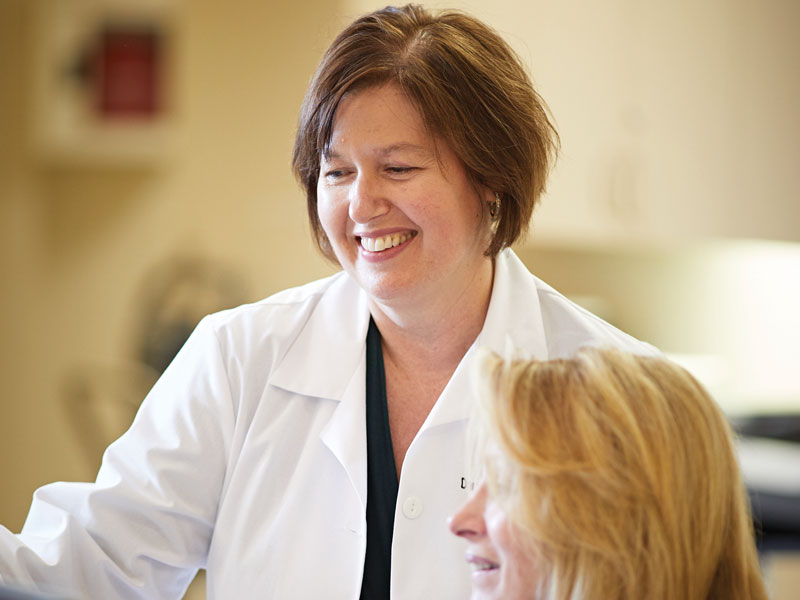 The Role of Oncology Nursing Navigation Continues to Grow

Oncology nurse navigators (ONNs) fill a critical, ever-growing role in cancer care settings across the country, providing patients with the resources, education, and care coordination they need to successfully navigate their cancer journey. By reducing barriers and burdens on patients and their caregivers, ONNs help lead patients from initial diagnosis, during treatment, into survivorship, and often through end-of-life care. 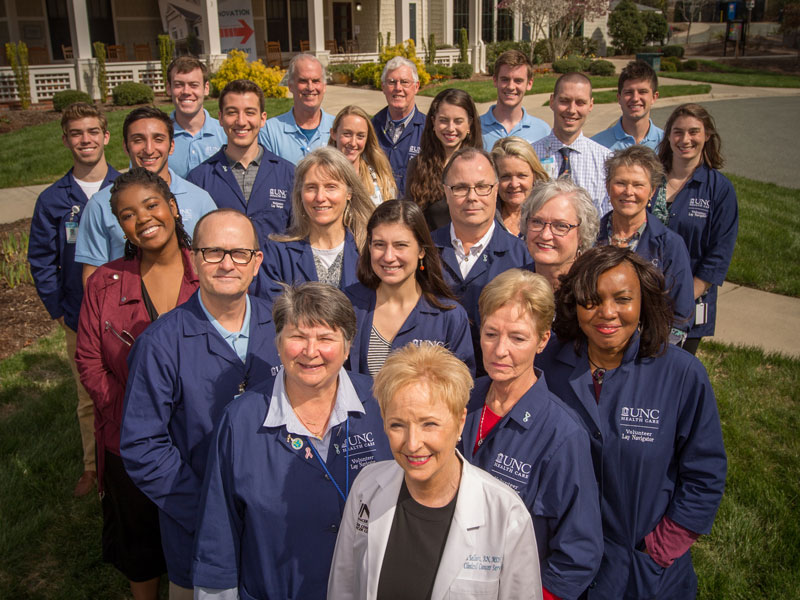 Even for medical professionals working in health care every day, the U.S. healthcare system can be incredibly complex. Understanding where to obtain information and how to connect patients to resources can be difficult. For patients, navigating their treatment journey can be—at times—downright impossible. Coordinating care for patients with cancer is a crucial component to successful outcomes and quality cancer care. 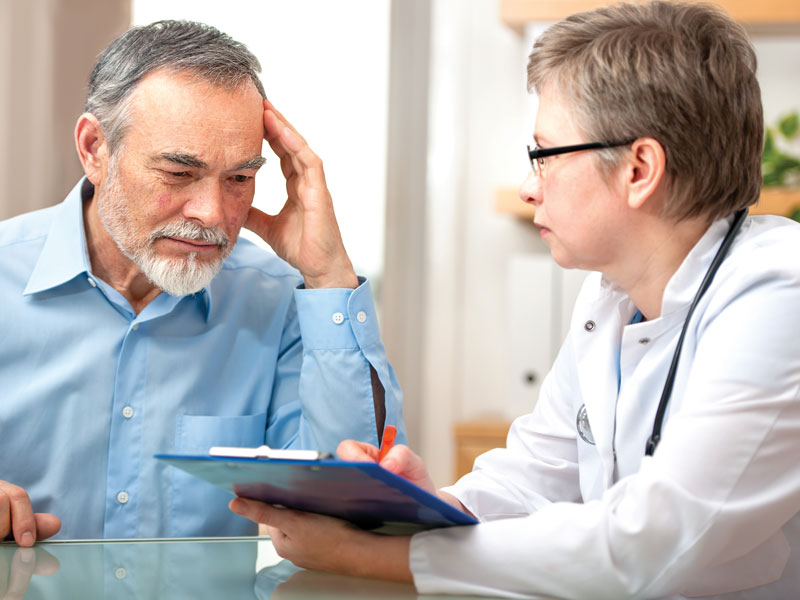 When I worked in the clinical setting, like many of you, I guided patients through treatments, prepared them for managing their care at home, celebrated the completion of treatment, and grieved the deaths of many. I coordinated patients’ care.

Researchers from the University of Texas (UT) Health San Antonio have found that providing Latinas with breast cancer with a bilingual, bicultural patient navigator can improve access to care and reduce treatment delays. The researchers presented their findings during the San Antonio Breast Cancer Symposium on Tuesday, December 5. 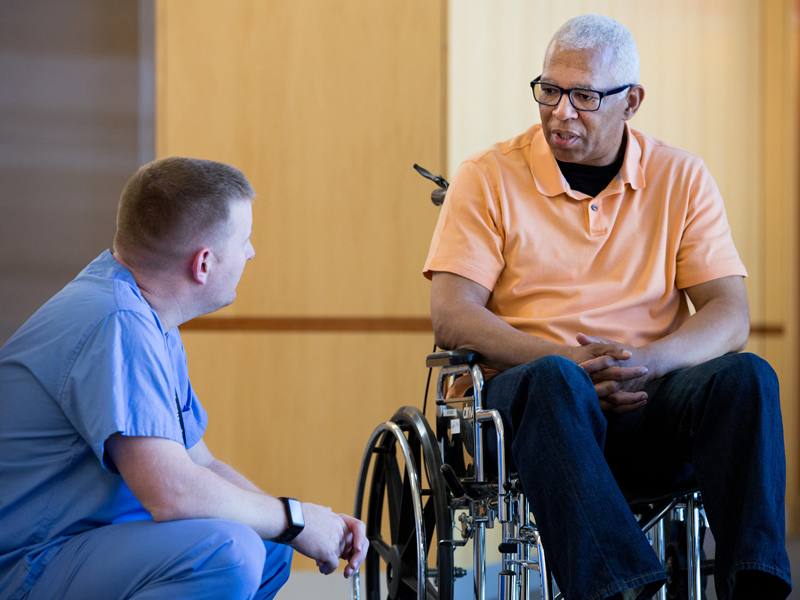 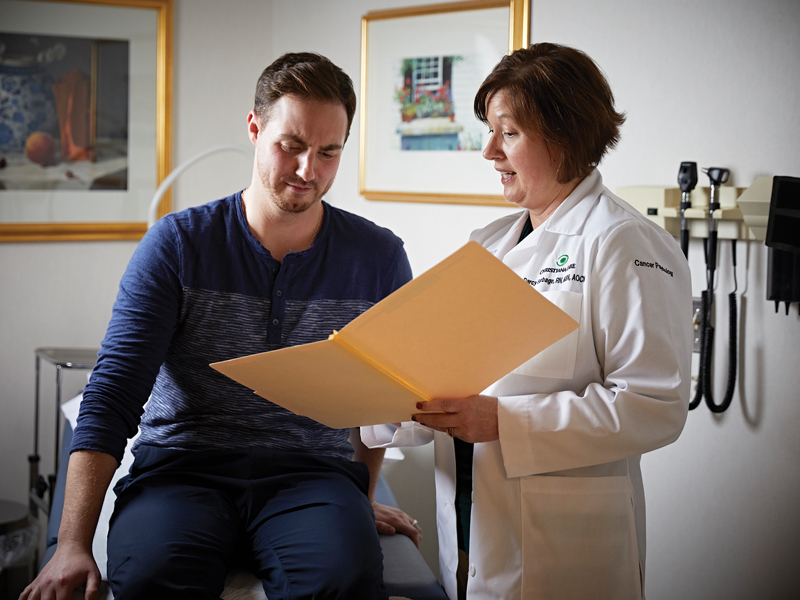 The nursing profession has long been an incubator of innovation. Nurses are continually blazing new trails in clinical care, research, and administration, and the landscape is no different in the specialty of oncology. This article provides an overview of three non-traditional roles in oncology nursing: nurse navigation, nursing informatics, and research nursing.

The triple aim of healthcare is patient satisfaction, quality outcomes, and decreased costs. Navigation is the key to effective care delivery, said Regina Cunningham, PhD, RN, NEA-BC, FAAN, chief executive officer of the Hospital of the University of Pennsylvania, during the Endnote Session at the Oncology Nurse Advisor Navigation Summit.

What Rising Cancer Costs Are Doing to Patient Well-Being

The cost of cancer has increased substantially over the years and is continuing to trend upward. During a session at the Oncology Nurse Advisor Navigation Summit, Yousuf Zafar, MD, MHS, an associate professor of medicine and public policy at Duke Cancer Institute, gave some facts and figures on cancer costs and how these are impacting patient well-being.

During a session at the Oncology Nurse Advisor Navigation Summit, ONS member Pamela J. Haylock, PhD, RN, FAAN, at the Association for Vascular Access in Medina, TX, and Cindy Stern, RN, MSN, CCRP, of the University of Pennsylvania Cancer Network, delivered a joint presentation about some of the hurdles nurse navigators face.

Palliative care is a patient-centered approach that seeks to optimize quality of life. Advocacy is also important, which includes incorporating patient and family goals into the care plan, promoting communication, actively managing symptoms, promoting and nurturing transcendence and hope, eliminating patients’ and families’ fears of abandonment, and being therapeutically present. At the Oncology Nurse Advisor Navigation Summit, Bonnie Freeman, DNP, RN, ANP, CT, ACHPN, a nurse practitioner in the Department of Supportive Care Medicine at the City of Hope National Medical Center in Duarte, CA, discussed the best strategies related to palliative care.

As many as 25%–30% of all new antineoplastic agents in development are estimated to be oral, and almost half of the 300 medications in phase II and III clinical trials are oral medications. A paradigm shift is taking place in chemotherapy delivery. During a session at the Oncology Nurse Advisor Navigation Summit, ONS member Jan Tipton, MSN, RN, AOCN®, at the University of Toledo Medical Center in Ohio, discussed how cancer is making a shift to oral medications.

An Overview of Colorectal and Pancreatic Cancers

Use Outcomes and Metrics to Improve Navigation Strategies

With the growing demand for cancer services and a shrinking workforce, new ideas and innovative approaches are needed. During a session at the Oncology Nurse Advisor Navigation Summit, ONS member Jean B. Sellers, RN, MSN, administrative clinical director at the University of North Carolina Lineberger Comprehensive Cancer Center in Chapel Hill, discussed the current landscape and future of navigation services. 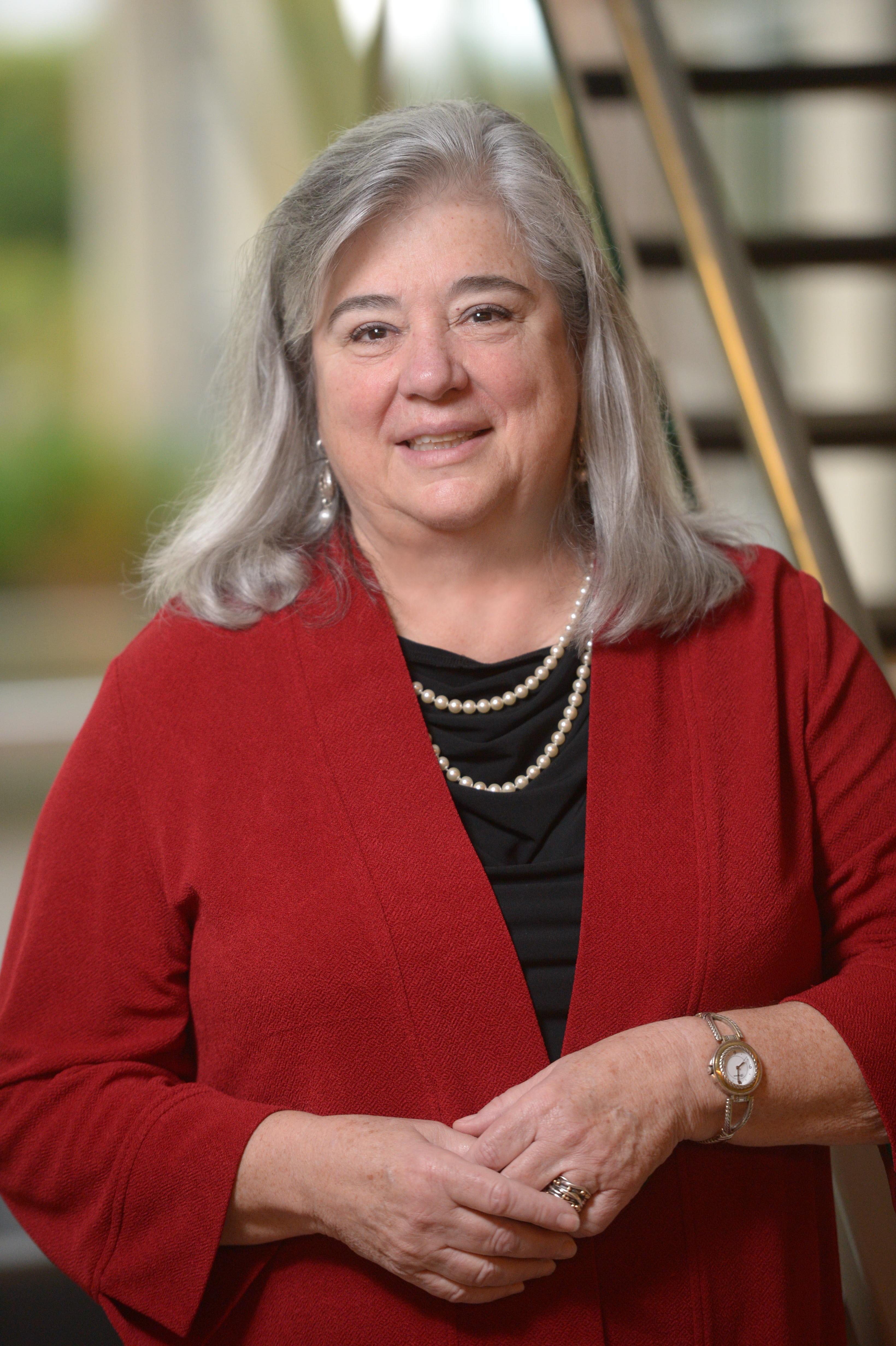 Members Meet to Lead ONS Into the Future

As Oncology Nursing Month, May saw celebrations at the ONS 42nd Annual Congress and in our workplaces. Nurses on ONS staff enjoyed recognition and celebration of their commitment to our mission and you. They partner closely with members who volunteer their time and expertise in developing initiatives and priorities for ONS. I would like to describe a few of those initiatives and work groups that have met at the national office in the first six months of 2017. 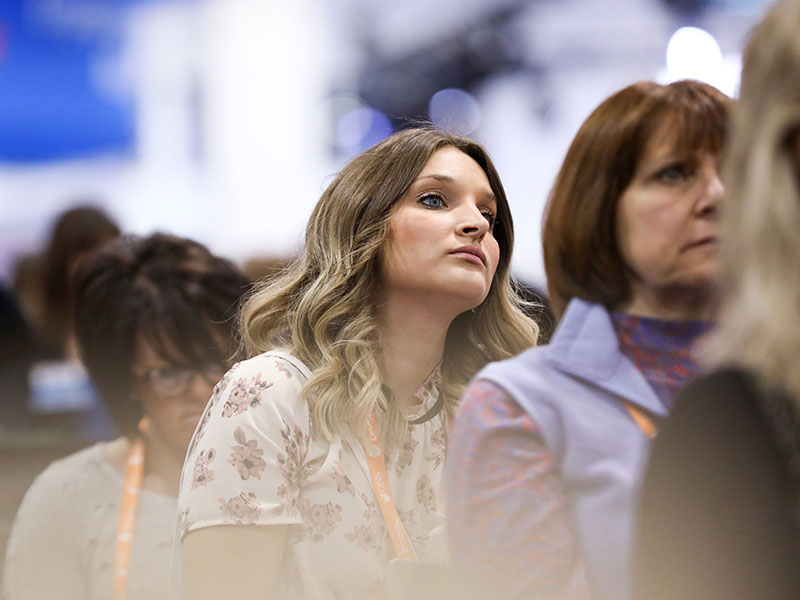 Based on the results of the oncology nurse navigator (ONN) role delineation survey and feedback from ONS membership, ONS evaluated and updated its ONN Core Competencies. Several significant changes were made. 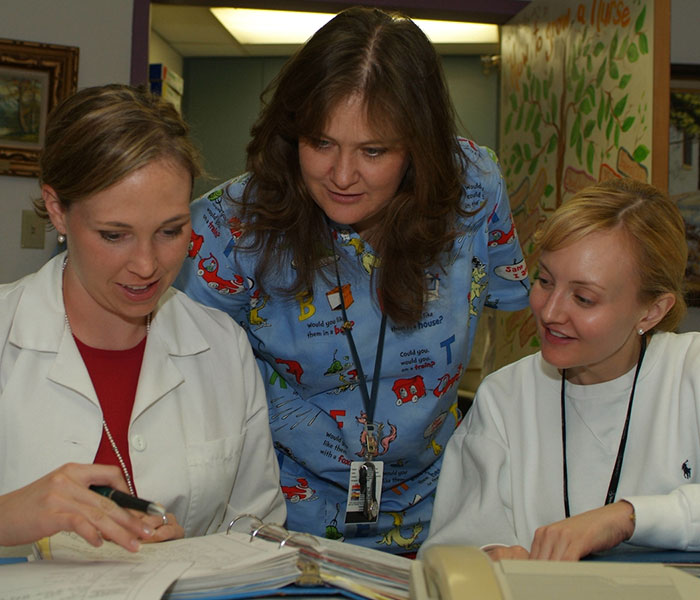 Since ONS and the Oncology Nursing Certification Corporation conducted the first role delineation study in 2011, the oncology nurse navigator role has continued to change. Cancer care has evolved, and focus on care coordination has increased to improve quality and reduce costs. 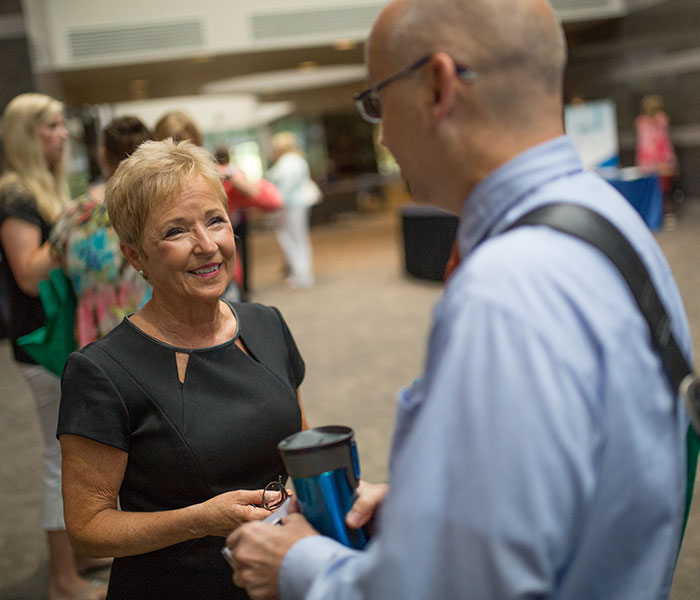 Advocating for Your Patients

Nurse navigators are advocating for patients in institutions across the country, setting an example for what oncology nurses at any level can do to help their patients through the cancer journey.
ASCO Annual Meeting 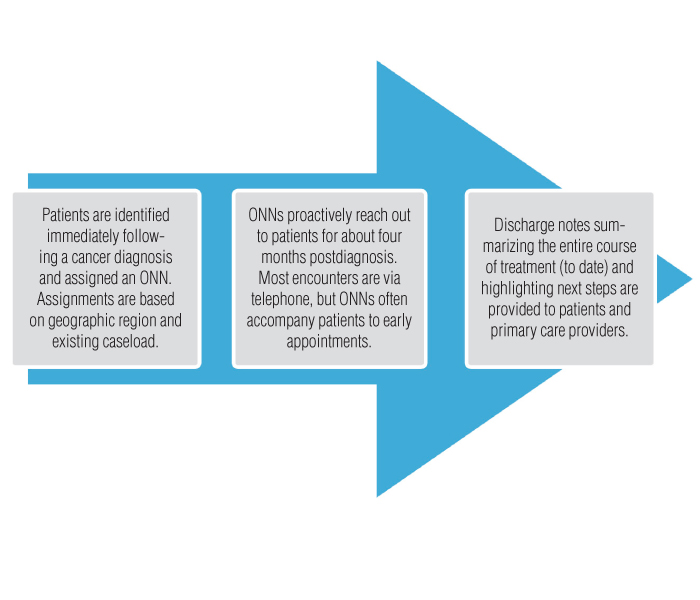 Get an Overview of a Successful Oncology Nurse Navigator Program 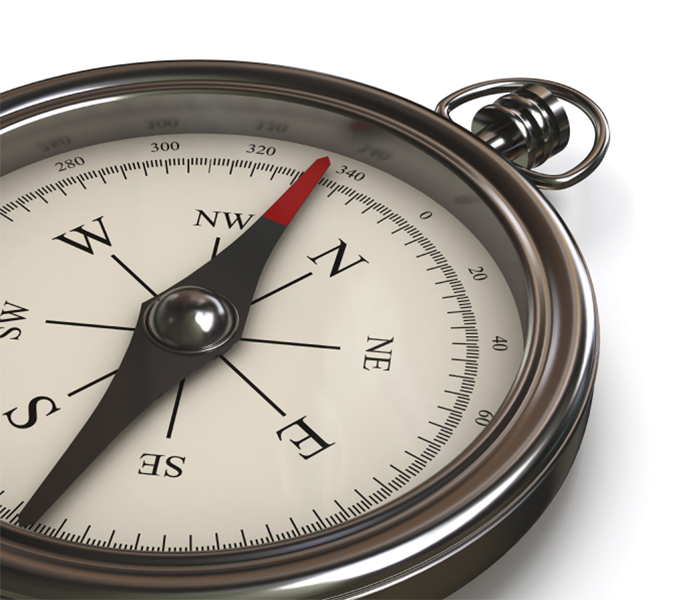 Although nurses have always helped patients through the bewildering process of diagnosis, treatment, and recovery, formalizing these tasks into a specific role improves outcomes, saves lives, and decreases costs.
Nurse navigator

I have a job that doesn’t feel like a job at all . . . but don’t tell my boss. I consult members of the Midwest Cancer Alliance while they establish and enhance patient navigation systems. A large part of the role involves coaching and connecting clinicians with resources.
Trending Topics
END_OF_DOCUMENT_TOKEN_TO_BE_REPLACED
Back to Top ▲