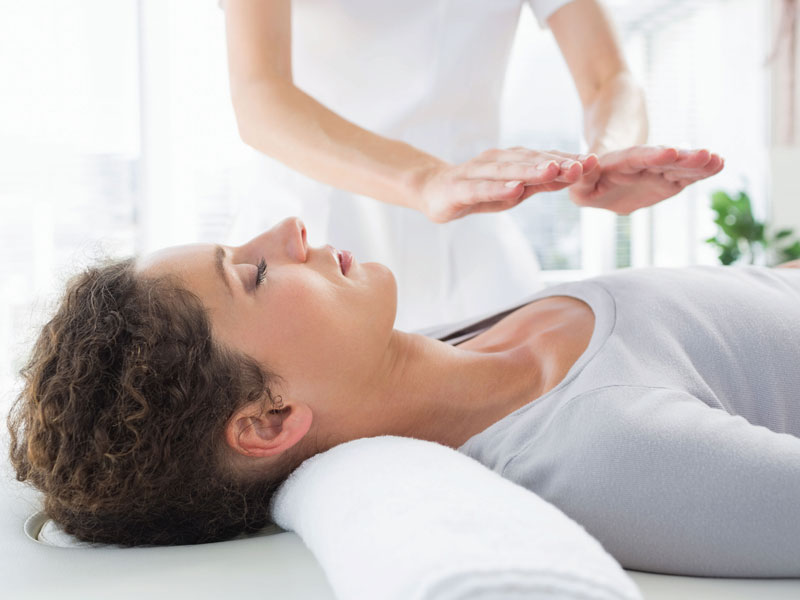 Cope With COVID-19 Through Mind-Body Therapies for Oncology Nurses

The COVID-19 coronavirus is causing dramatic increases in anxiety and stress around the world, disrupting daily life. Healthcare professionals, including oncology nurses, are confronting enormous challenges as they struggle to deliver optimal patient care.

Sleep disturbances such as insomnia are prevalent and persistent among cancer survivors and diminish quality of life. Because of adverse effects such as continued sleep difficulty, memory disturbances, and falls associated with conventional medications, many patients prefer nonpharmaceutical options to address their insomnia. 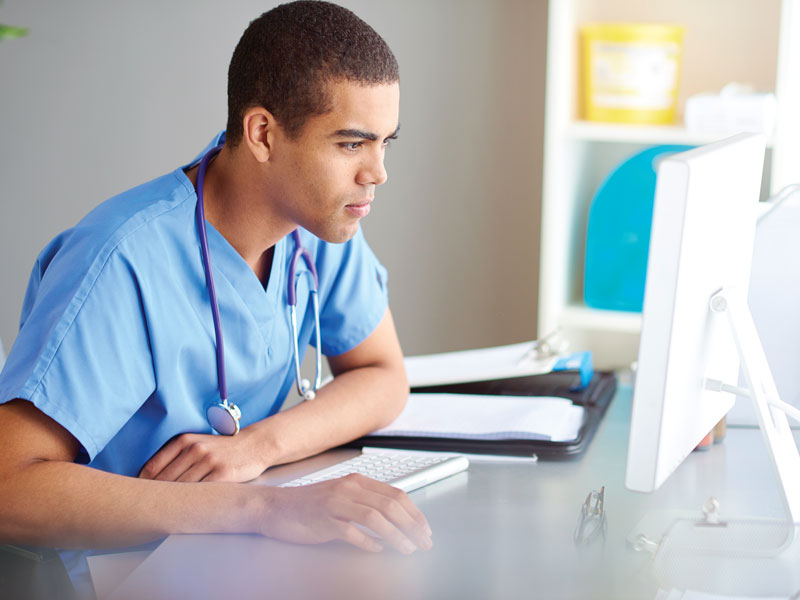 What the Research Cautions About Kratom’s Opioid-Like Abuse Potential

Kratom is a Southeast Asian tropical tree, the leaves of which have been chewed, smoked, or made as tea for their stimulant and euphoric effects. They have also been employed in traditional medicine to reduce pain and fever, to relieve diarrhea, for wound healing, and as a substitute for opium. Recently, kratom supplements have become popular in the United States for alleviating pain, improving mood, lowering anxiety, and alternative opioid withdrawal treatment.

What Does the Evidence Say About Reiki for Cancer?

Reiki is a complementary health approach in which practitioners place their hands lightly on or just above a person to promote a sense of well-being. It was founded by the Japanese Buddhist and spiritual teacher Mikao Usui in the early 20th century and brought to the United States in the 1930s, where it has become increasingly popular. 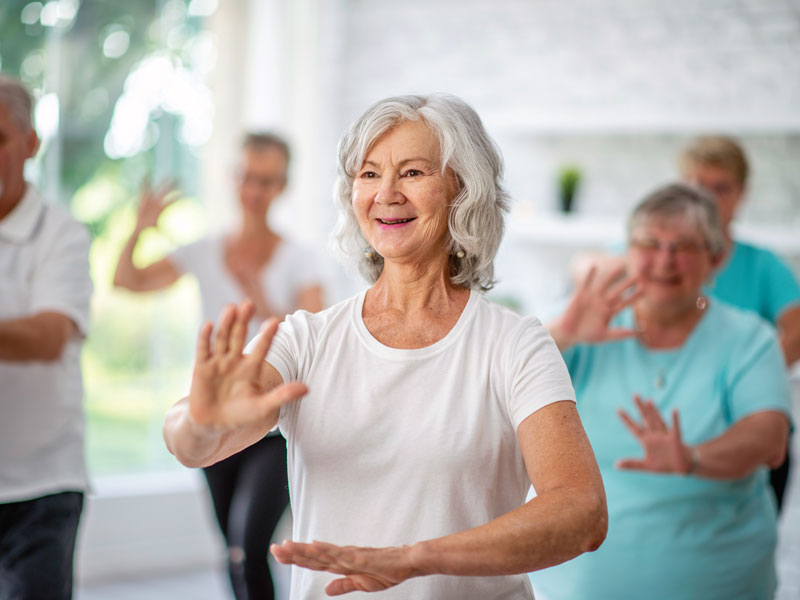 Evidence Shows Tai Chi May Be Useful for Insomnia

Nearly 60% of people with cancer experience insomnia; it can persist for years if not appropriately managed. Furthermore, patients with cancer who have insomnia are at increased risk for infections, anxiety, and depression, which can negatively affect quality of life.

Fatigue is one of the most prevalent and challenging side effects that people with cancer experience. Commonly known as cancer-related fatigue (CRF), the National Comprehensive Cancer Network  defines it as “a distressing, persistent, subjective sense of physical, emotional, and/or cognitive tiredness or exhaustion related to cancer or cancer treatment that is not proportional to recent activity and interferes with usual functioning.” CRF affects 50%–90% of patients and can diminish quality of life, lead to functional impairment, and is associated with significant morbidity. Although it improves in many patients the year following treatment, CRF may persist over a much longer period in some. 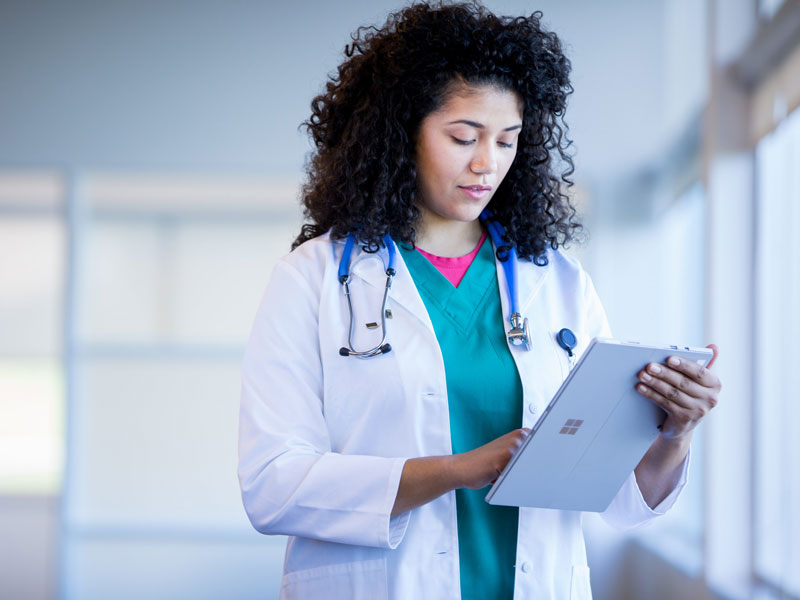 Reactive oxygen species (ROS), such as hydroxyl and superoxide radicals, singlet oxygen, and hydrogen peroxide, are byproducts of metabolic processes in the body and play an important role in regulating cell physiology and function. But uncontrolled ROS formation (oxidative stress) can result in DNA, protein, and lipid damage, which has been implicated in several diseases, including cancer. Antioxidants, produced endogenously or in supplemental form, function as ROS scavengers and inhibit oxidative stress. Popular antioxidants include vitamins C and E, selenium, beta carotene, lycopene, resveratrol, flavonoids, anthocyanins, and catechins. They are widely used to prevent cancer and its recurrence. 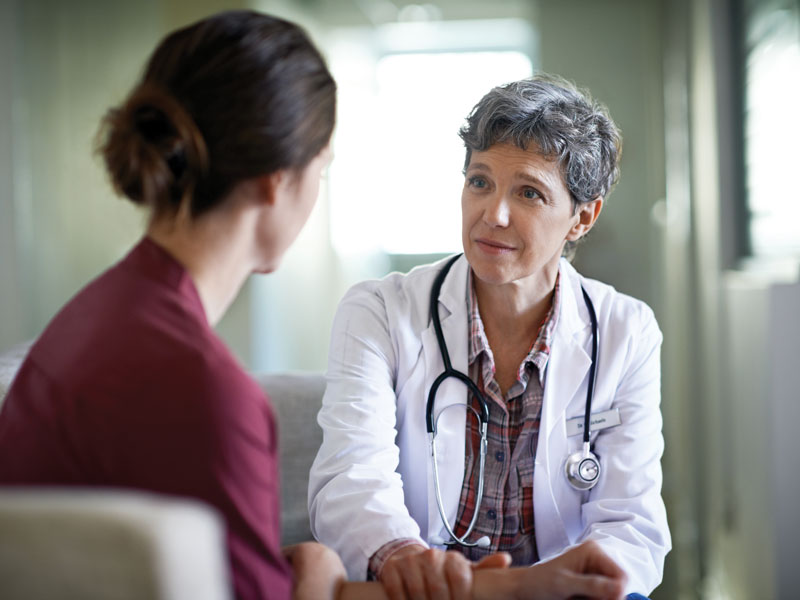 The Integrative Oncology Nurse: New Role for a New Era in Cancer Care

When patients or loved ones receive a cancer diagnosis, they often experience fear, worry, and a desire to do everything possible to increase the chance of survival. It is also a pivotal time for patients to assess their well-being and lifestyle and make positive changes. For many, complementary therapies become part of their cancer care journey. Internationally, 40% of patients with cancer have reported using complementary therapies to address cancer-related symptoms, improve the effectiveness of conventional treatments, and provide hope.

Pain is the most common and debilitating side effect that patients with cancer experience. Contributing factors include the disease itself via tumor invasion on surrounding tissue and bone; nerve compression; treatments including chemotherapy, radiotherapy and surgery, especially chemo-induced peripheral neuropathy (CIPN), which can be disabling; and aromatase inhibitors that can cause persistent diffuse joint pain. In addition, pain that “breaks through” continuous pain medicine can be difficult to predict and control. 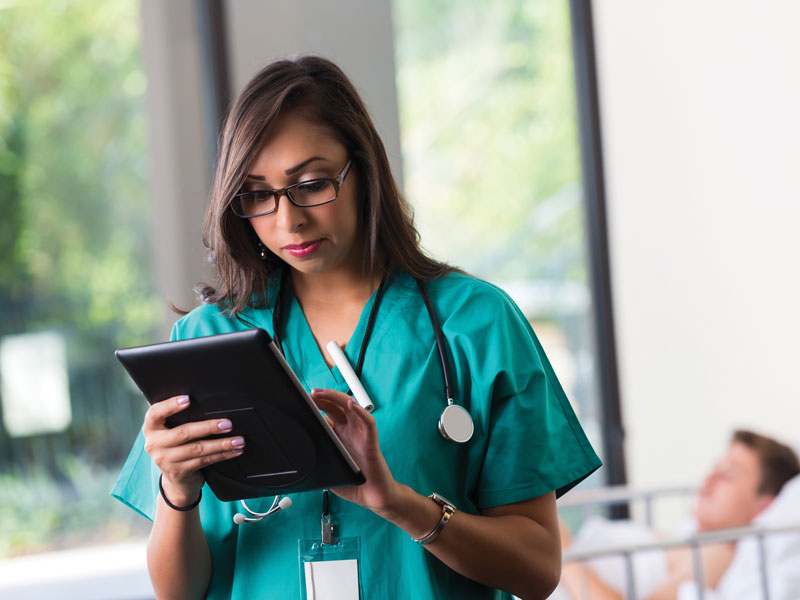 APRNs Must Stay Educated About Medical Cannabis in Cancer Care

As more U.S. states approve the use of medical cannabis, oncology advanced practice RNs (APRNs) may see increasing inquiries from patients who are interested in using it to manage cancer-related symptoms. However, the drug remains illegal under federal law, confounding research efforts for its use in cancer care and limiting the generation of supportive evidence. 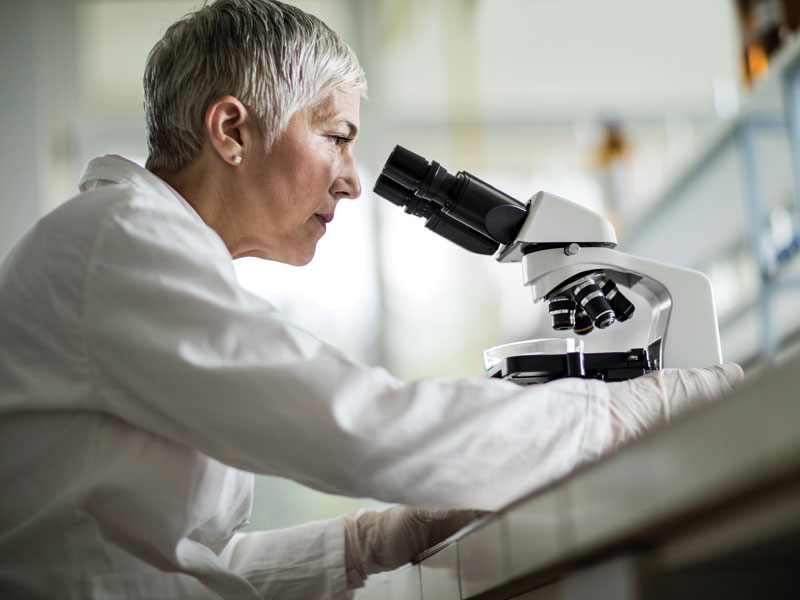 What Does the Research Say About Probiotics and Health?

Probiotics are live microorganisms that can offer health benefits following consumption, by reversing dysbiosis: changes in the composition or function of gut microbes associated with the development of many chronic and degenerative diseases. The majority of probiotics contain nonvirulent, lactic acid-producing bacteria, including Lactobacillus, Streptococcus, Bifidobacterium, Propionibacterium, and Enterococcus, or yeasts such as Saccharomyces boulardii. They are available as dietary supplements or can be obtained from yogurt and other fermented foods. Probiotics have grown in popularity over the past few decades because of perceived benefits such as improved digestion, immune function, and nutrient absorption. 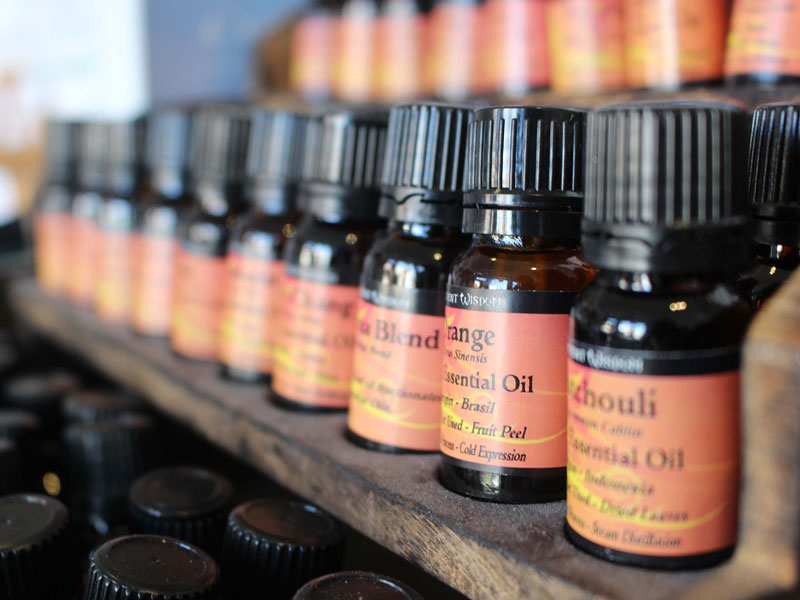 How Aromatherapy With Essential Oils May Help Patients With Cancer

Aromatherapy has grown in popularity over the past few decades for improving sleep and mood and for reducing anxiety, but its first use dates back more than 5,000 years. The practice involves using essential (aromatic) oils, derived typically from steam distillation of plants, through application to the skin as a component of therapeutic massage or inhalation with vaporizers, inhalers, or hot water baths.

Lymphedema, the chronic swelling of a limb resulting from fluid accumulation, is a common sequela of surgery or radiation treatment for breast cancer. Nearly 90% of women who develop lymphedema do so within three years of treatment. Survivors commonly report physical and emotional distress, limitations to daily activities in fear of exacerbating lymphedema, and body image issues because of an abnormally enlarged limb. 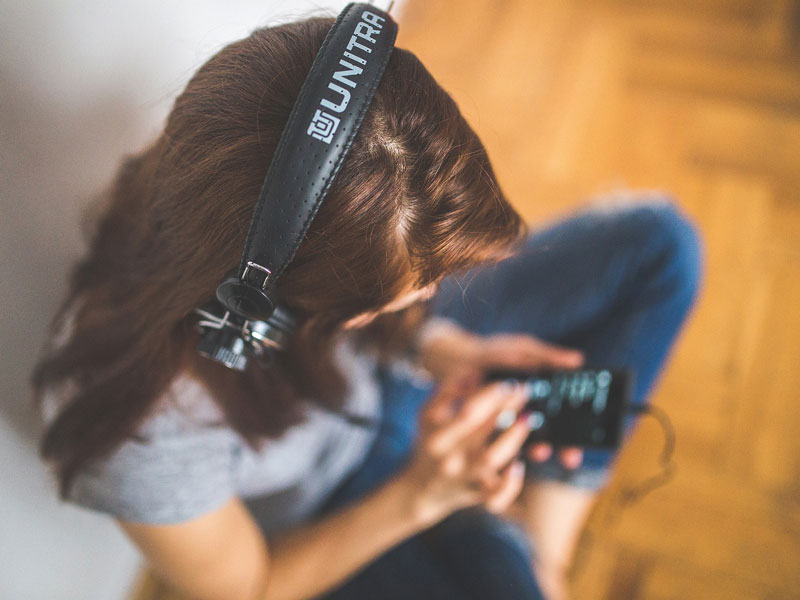 Evidence Shows How Music Therapy Can Affect Patients With Cancer

Music has historically been associated with health and healing in cultures around the world. As a therapeutic intervention in patients with cancer, it is used to address physical and psychological symptoms. The sessions are tailored to meet patients’ individual needs and abilities and can involve listening to, writing, performing, or discussing music and lyrics, guided by a trained therapist. Although music does not affect the disease itself, it produces more immediate effects compared to pharmacologic agents, has a positive impact on mood, and strengthens patients’ ability to cope. 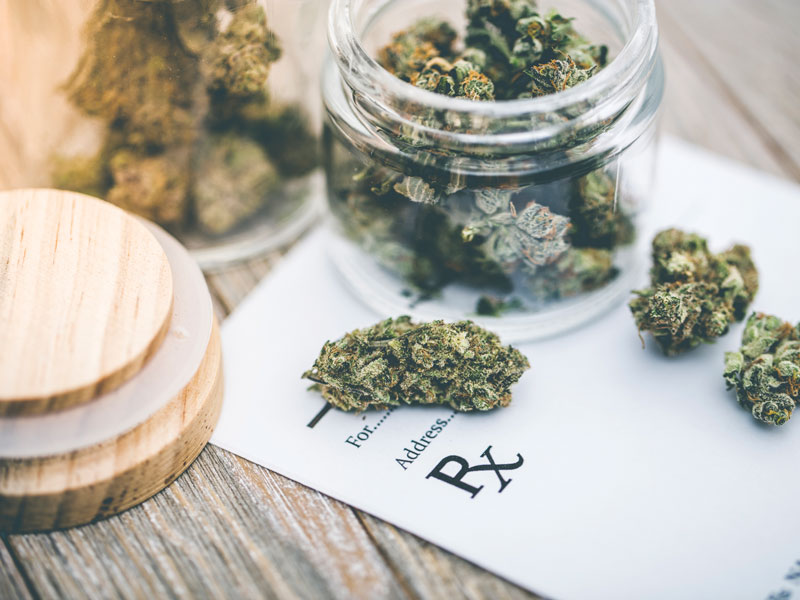 What Routes of Administration Are Available for Medicinal Cannabis?

As medicinal cannabis continues to make its way into practice in states in which it has been legalized for medical use, oncology nurses, nurse practitioners, physicians, and all members of the cancer care team must be aware of the ways in which cannabis can be administered to patients. Although medicinal cannabis is still being studied, patients have several ways to use it to combat side effects like pain, nausea, and vomiting associated with cancer and its treatments. Knowing the routes of administration and the potential for drug interactions can help all oncology professionals approach medicinal cannabis in the safest possible ways for their patients. 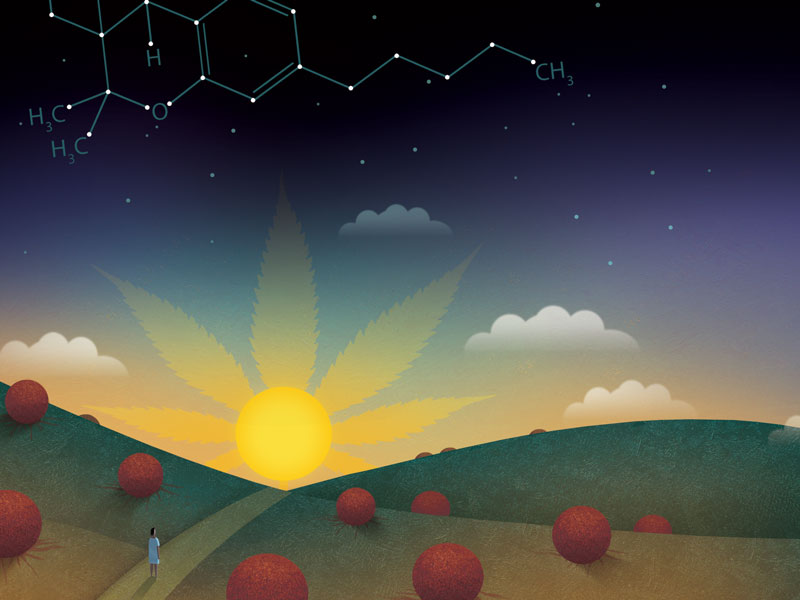 Medicinal cannabis, a topic that remains largely unstudied in human trials in the United States, is slowly becoming introduced in areas of health care and oncology in states that have legalized it for medical and adult recreational use. 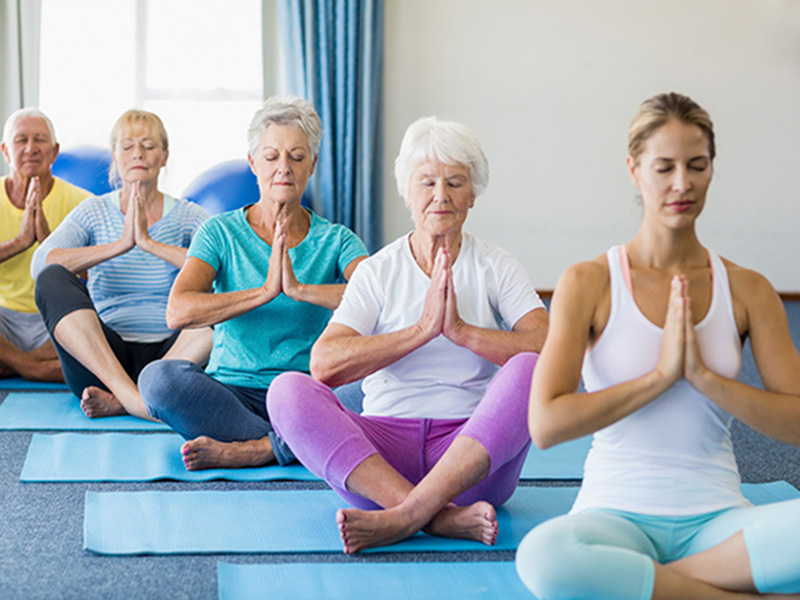 Yoga May Improve Many Side Effects in Patients With Cancer 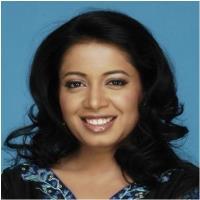 In clinics across the country, oncology nurses are moving the needle when it comes to patient-centered care. They innovate, create practice change, and are the lifelines for many of their patients. One oncology nurse and ONS member has combined her unique background in software development and health care to form a new business that aims to provide real-time practice resources to oncology nurses. In recognition of her achievements, ONS member and chief executive officer of Helpsy Health, Sangeeta Agarawal, RN, has been selected to attend the 8th annual Global Entrepreneur Summit (GES) in Hyderabad, India.

A large study published in the Journal of the National Cancer Institute found that patients with nonmetastatic breast, lung, or colorectal cancer who chose to use only alternative medicine had substantially worse survival than patients who received conventional cancer treatment. 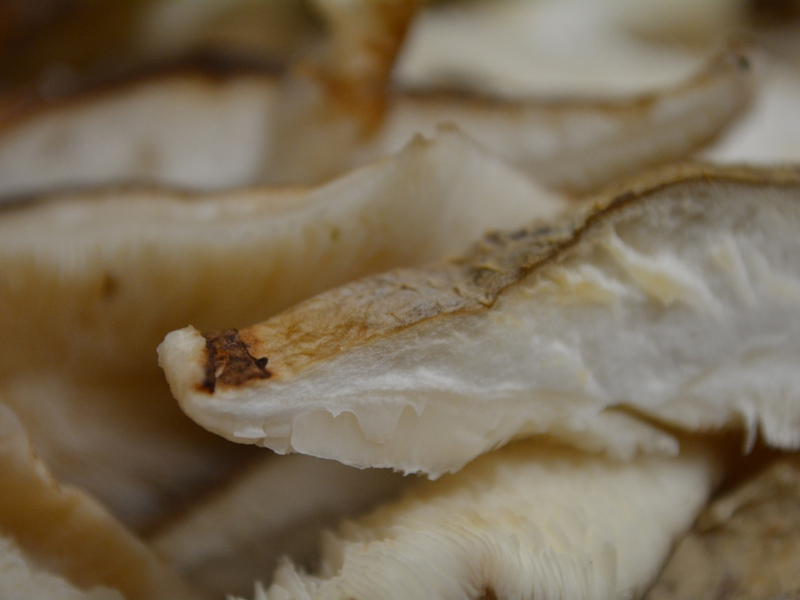 Safety of Medicinal Mushrooms in Patients With Cancer

Mushrooms have been valued for their health-promoting and medicinal effects for thousands of years. Research over the past few decades has focused on maitake (Grifola frondosa), reishi (Ganoderma lucidum), coriolus (Coriolus versicolor), shiitake (Lentinula edodes), and agaricus (Agaricus blazei), which are predominantly used in Asia.

Trending Topics
END_OF_DOCUMENT_TOKEN_TO_BE_REPLACED
Back to Top ▲